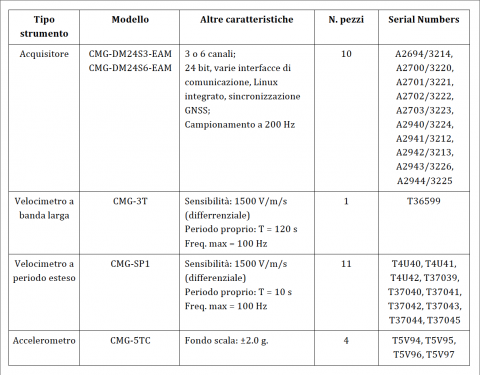 Table 1 – Main components of the seismological instrumentation used for the Collalto Seismic Network. The different sensors and one data recorder are shown in Figure 1.

The delivery of instrumentation, provided in two lots (in December 2010 and in April 2011), as established by the contract, has been made by Guralp company with great delay. A first part of instruments, consisting of four stations equipment, has been delivered in February 2011. The choosen seismometers are sensors of last generation (compact force-balance seismometers) and their cables are suitable for borehole installation.

The greatest part of installed instruments works correctly. The data loggers and sensors respect the design characteristics, sometimes overcoming them. The same is true for the related softwares, which allows a refined configuration and a full bi-directional control.
The sampling rate of data loggers has been set at 200 Hz, in order to monitor both natural and induced microseismicity in a suitably way. Note that, generally, seismometric networks sample signals at about 100 Hz.
However there have been also some failures in the functioning of instruments. Indeed, seepages of water and oxidations close to joints of cables have probably damaged some sensors, which, as a consequence, have generated anomalous signals. The OGS technicians are strictly collaborating with the technical staff of Guralp house for correcting such defects and for improving the instrumentation characteristics.